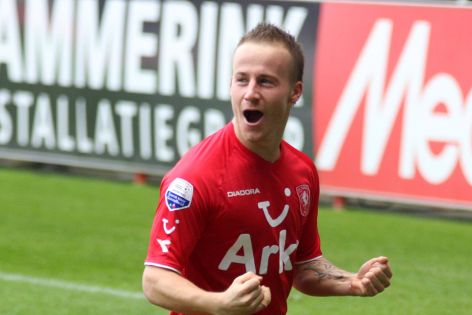 It has been ten years since FC Twente with Miroslav Stoch on their banks achieved historical championship trophy.

Miroslav, that time on loan from FC Chelsea, was aiming to get fine portion of games in must-win football. It was soon clear that this move was a great choice for Stoch´s future career.

Not only he became regular in Steve McClaren´s team, but Miroslav Stoch made excellent records in his first complete season, scoring 10 league goals and two in Europa League.

"One could not imagine better scenario. It was a great year for me. We managed the first and still the only one championship title for FC Twente. This club has special place in my heart. Nobody believed us we could beat strong rivals as PSV, Feyenoord, Ajax or others, but we did. When I look up the rosters of their teams, I can only wonder what we have achieved," says Miroslav, one of the best players of the team.

"It´s lot of memories, which go through my mind. I can´t forget the last game in Breda, when we finalised our championship race. We won 2:0 and I scored. Our club bus was stuck in corridors of fans, gathering near the highway, on the bridges, simply everywhere. It was cold, raining, but they were fantastic."

Year 2010 was very important for Miro´s future career. "Many important things have happened within a short time. Title with FC Twente, then unforgettable final tournament with Slovakia in South Africa 2010 and big transfer to Fenerbahce. It was busy summer," added Stoch.